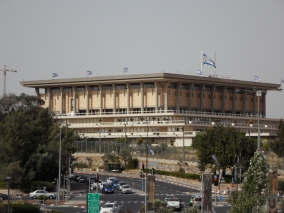 The word Knesset refers to both Israel’s parliamentary body and the building itself which houses all 120 Knesset members. General elections take place every four years, but may happen sooner if the Knesset has a vote of no confidence or calls for elections prematurely. Israel has a relatively high rate of voter turnout, with nearly 65% in the 2009 elections for its 7.2 million citizens. This percentage, however, has steadily declined since the founding of the state of Israel and it’s first elections in 1949 when some 85% turned out to vote. Voting is not done by electoral college. All citizens have a right to vote and each vote counts towards the list of candidates that represent the party for which the voter casts his or her vote. The number of seats that a party holds in Knesset is proportional to the percentage of votes that the party receives from the population. The only limiting factor is that a party receives at least 2% of the qualifying votes. The first opening session of the Knesset took place on February 14, 1949 or the 15th day of the Hebrew month Shvat, the day on which its anniversary is still celebrated as Knesset Day. 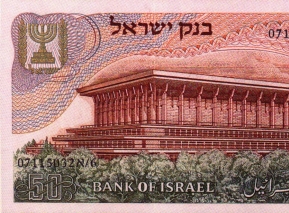 Historical Background of the Knesset

The term "Knesset" literally means ’a gathering’ and has it’s origins in the 5th century BCE when the Jews returned from Babylonian captivity under Cyrus the Great. Under Ezra and Nehemiah, the Great Assembly or "HaKnesset Hagdolah" was established to oversee the civil and religious laws of the… 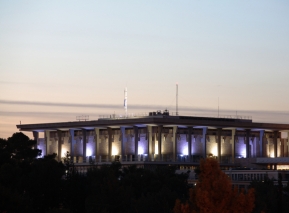 The Architecture of the Knesset (2 images)

The Knesset was built with funds left to the newly established state by James and Dorothy de Rothschild. Joseph Klarwein was the original architect of the building, while Dora Gad designed much of the interior of the building. The original building is completely square in design and has 10 columns… 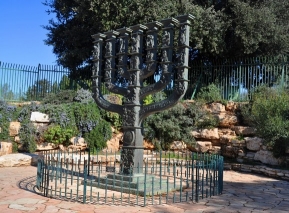 The Menorah at the Knesset (2 images)