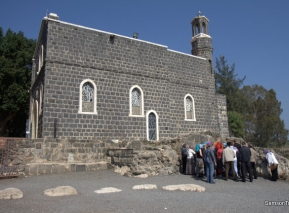 Mensa Christi or ’Christ’s Table’ is also known as the Church of the Primacy of Peter. According to John 21, Jesus makes his third appearance after the resurrection to his disciples here. The site was marked by a Christian Pilgrim named Egeria (sometimes written Etheria) already in 385 CE. Next to this site is Tabga or the "Church of the Multiplication" where Jesus fed the 5.000. Along the shore between these two sites existed 7 springs, and thus the latter is known as Tabgha or Heptapegon, meaning 'seven springs.' Fish, and therefore fishermen, were particularly attracted to this area because the warm waters produced by some of these thermal springs. 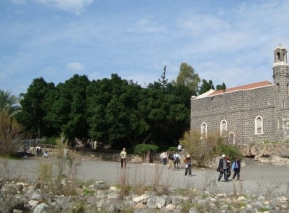 The ruins of Mensa Christi were first visited by Egeria, a Christian pilgrim in the year 385 CE. Egeria however makes no mention of a Christian edifice, merely a description of the rock-hewn steps (a port) that can still be seen today on the southern end of the church. The first church was built in… 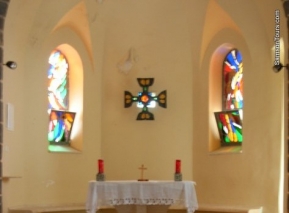 The focal point of the Mensa Christi church is the altar or "the landing place." Here, it is believed that Jesus prepared fish for his disciples, as reported in John 21. This was the third time that Jesus appeared to his… 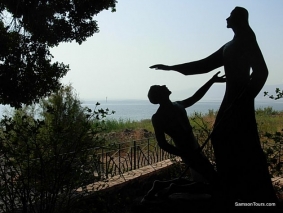 This prayer was written by M. Basilea Schlink and produced in the site's pamphlet.

"King of Kings and Lord of lords, who descended from heaven, we thank You for choosing wretched fishermen to be Your…