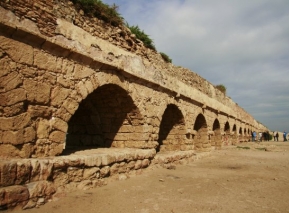 In approximately 20 BCE, Herod the Great built the Roman port of Caesarea Maritima to expand trade ties with the Roman Empire. With increasing revenues from the imports and exports from the, Herod would acquire the wealth and finances required for his elaborate architectural endeavors: the palaces of Jericho, Herodium, Jerusalem and Masada (among others) and of course, the all important Second Temple for the Jews. Though Herod felt honored by the title ’KIng of the Jews’, his fascination with Roman lifestyle influenced him to the core, so much that he advanced the cult of the Roman Empire (the temple to Caesar Augustus), perpetuated the pagan Action Games in the hippodrome, and attended the pagan theatrical performances in the theater. It is not by chance that Herod chose an abandoned Phoenician port town in Samaria (the only reference to which is by Josephus who referred to it as Strato’s Tower). At that time, Caesarea laid outside the Jewish boundaries of the land of Israel and thus Herod could build for the pagans a temple to worship Caesar Augustus (Octavian) upon arrival to the port.

The Roman Theater at Caesarea

The Roman theater at Caesarea is the most ancient theater discovered in Israel. The theater was built during Herod the Great’s lifetime and was designed to hold up to 4,000 visitors at any given time. Among the original finds here are two cavea or bleachers, the throne spot for Herod, the… 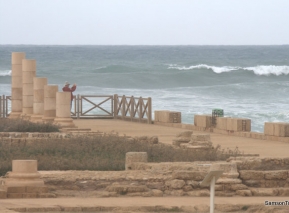 The Praetorium or the House of Pontius Pilate at Caesarea

Slightly west of the theater, sits the foundations of a monumental building, believed to be the Praetorium or Royal Palace of Pontius Pilate and other Roman rulers who ruled before after them. The building is adorned with numerous columns, cisterns, and mosaics. It is believed that the apostle Paul… 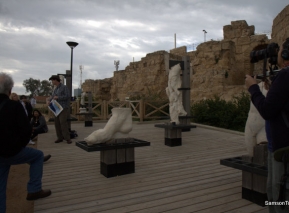 The Marble Statues at Caesarea

Marble is an imported raw material. It is believed that foreign travelers would bring these statues with them to offer as offerings to the several pagan temples, specifically the temple to Caesar Augustus, at… 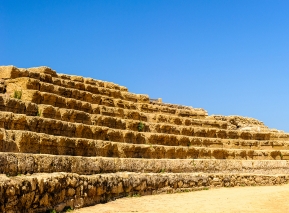 The Hippodrome of Caesarea (2 images)

"Hippo" means horse in Greek, so a hippodrome is a place for horse or chariot races, and by greater extension for sports events. The original hippodrome at Caesarea was some 250 meters long, 50 meters wide, and could accommodate 10,000 or more spectators. By the 4th century, the hippodrome fell… 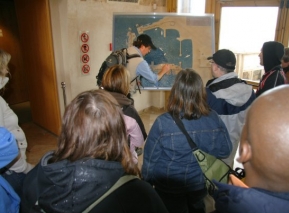 The Model of the Ancient Port at Caesarea

Inside the Visitor’s Center at Caesarea is a model of the ancient port that Herod the Great built. There were three main building stages to the port. First, Herod’s architects built the southern breakwater. It was extremely important to calm the waters that circulate in a counter-clockwise fashion… 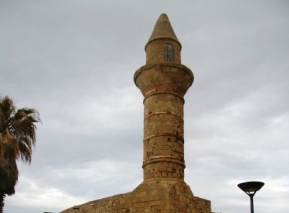 The Bosnian Mosque at Caesarea

In the late 19th century, after nearly seven centuries of abandonment, Muslims from Bosnia settled in the Caesarea region to serve as military reinforcements in the Ottoman army and to escape the rise of Christianity in the Habsburg Empire. The minaret that can be seen in the port area is a remnant… 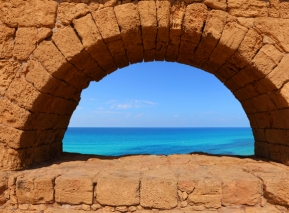 The Aqueduct at Caesarea (3 images)

Ancient Caesarea does not boast springs. The only way to provide water for the city’s inhabitants was to either build cisterns or channel water in from a distant source. There are two different stages to the Aqueduct system at Caesarea. The High-Level Aqueduct was built during the Roman period…