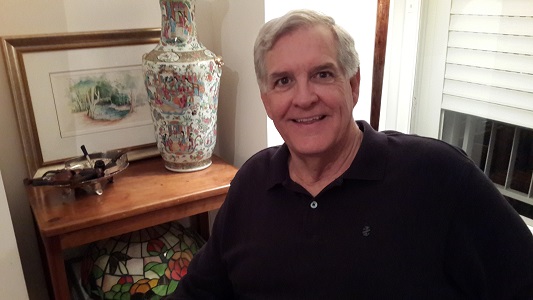 James H. Charlesworth''' (* 1940) is the George L. Collord Professor of New Testament Language and Literature and Director of the Dead Sea Scrolls Project at Princeton Theological Seminary. He is noted for his research on the Apocrypha and Pseudepigrapha of the Hebrew and Christian Bibles, the Dead Sea Scrolls, Josephus, the Historical Jesus, the Gospel of John, and the Revelation of John.

He has been honored by over 30 countries. Besides two honorary doctorates he was selected as an Outstanding Educator of American (1975), the top outstanding professors at Duke, and elected to Det Kongelige Norske Videnskabers Selskab [The Royal Norwegian Society of Sciences and Letters]. He also received the first Frank Moore Cross Award from the American Schools of Oriental Research. Among his awards are the following medals: Distinguished Achievement Citation, Ohio Wesleyan University (1995), Comenius Medal, Charles University, Prague (2003), Pentecost Medal; Presented by His Beatitude, the Greek Orthodox Patriarch of Jerusalem, Theophilus III (2006), a medal from the Brancoveanu Monastery in Sâmbãta de Sus, Romania (2008    ), and the Samaritan Medal for Contributions to Peace and Scholarship (2010).

He has excavated on Mount Gerizim, Jerusalem, Ein Gedi, Nazareth, Bethsaida, Khirbet Beza, and Migdal. His most recent distinguished lectures include the following: The First Truman Madsen Lecture, BYU (2009), CBA Lectures, Manila, Philippines (2009), Chuen King Lecturer in Hong Kong (2010), the Mennonite Lectures (2011), lectures at the Enoch Congresses and the Nangeroni Meetings (2010-2014), distinguished lectures in Lublin, Krakow, and Prague (2014). He has been interviewed on many international news channels and featured in numerous documentaries.

His most important publications in 2014 and 2015 include the following:

Edited with Lee Martin McDonald and Blake A. Jurgens, Sacra Scriptura: How “Non-

“The Fluid Borders of the Canon and “Apocrypha,” in Sacra Scriptura, pp. xiii-xxv.

“The Odes of Solomon: Their Relation to Scripture and the Canon in Early Christianity,” in

“4 Ezra and 2 Baruch: Archaeology and Elusive Answers to our Perennial Questions,”

in Interpreting 4 Ezra and 2 Baurch: International Studies, edited by G. Boccaccini and

“Who Claimed Herod was ‘the Christ’?” in Eretz-Israel: Archaeological, Historical and

The Israel Exploration Society and the Institute of Archaeology, Hebrew University of

“An Unknown Dead Sea Scroll and Speculations Focused on the Vorlage of Deuteronomy 27:4,”