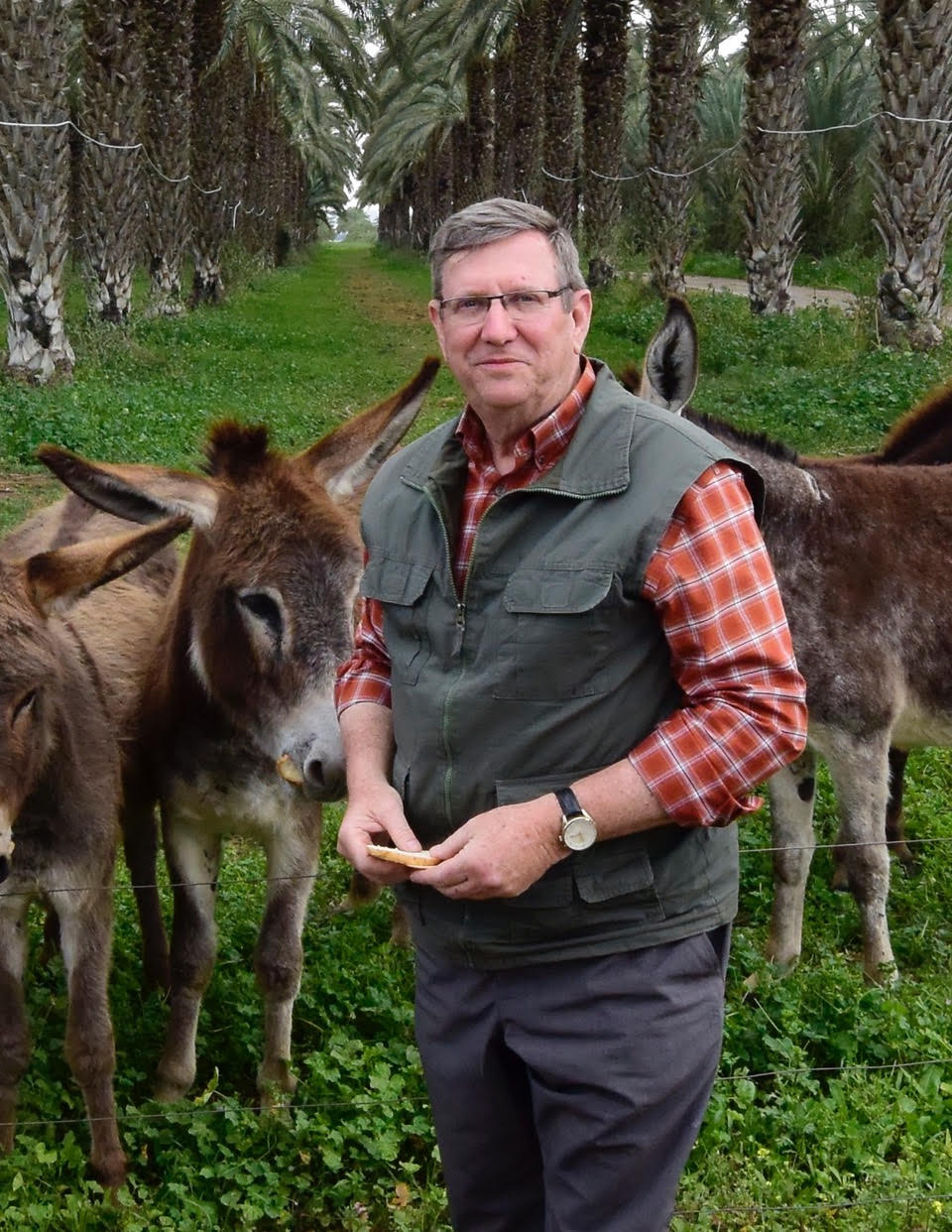 David Cloud is founder and director of Way of Life Literature, a 45-year-old preaching and teaching ministry.

In 1973, when he was 23 years old and living a “hippie” lifestyle, having hitchhiked across America, sold drugs, and joined a Hindu meditation society, Brother Cloud was saved by the marvelous grace of Jesus Christ. Right away he became an eager student of the holy Bible and felt the call to preach and teach God’s Word. Within six months. he had printed his first book on a biblical theme.

Brother Cloud married his wife, Linda, in 1976, and God has given them four children and nine grandchildren. The Clouds have had a pioneer missionary church planting ministry in Asia since the late 1970s. Way of Life Literature has published roughly 200 books in fifteen languages, including the widely-used Way of Life Encyclopedia of the Bible & Christianity.

Brother Cloud is also the founder of the monthly O Timothy magazine, which began in 1984. In a nutshell, David Cloud is a servant of Jesus Christ, and apart from Christ he is nothing. We join John the Baptist in saying of Christ, “He must increase, but I must decrease” (John 3:30).

Life-changing Benefits of this Tour

It transforms one’s perspective of the Bible. It replaces no mental images of biblical scenes with full-color, full-life, moving images! One man described it as seeing black and white before visiting Israel and seeing color after, but it is far more than that. The Bible student who has serious on-ground knowledge of Israel pays attention to the details of Scripture in a way that he never did before, and that is transformative. And it continues to be transformative as time passes.

It transforms one’s perspective of Bible prophecy. I loved and studied Bible prophecy and taught it for 37 years before my first visit to Israel, but since then, prophecy has come alive in the most dramatic and unexpected way. To see the actual place of the Battle of Armageddon, the place where Jesus’ feet will stand when He returns to the Mt. of Olives, the place where the Third Temple will be built, to see the ongoing preparations for its construction, to see the place where the living waters from the Millennial Temple will heal the Dead Sea and fishermen will cast their nets from Eingedi, is transformative. When I am in Israel, I feel like the place is vibrating in anticipation of the next events on God’s prophetic program, and that feeling of anticipation has grown in intensity every year.

It transforms one’s preaching/teaching. One element of effective Bible teaching is to get into the background of the text and help make it come alive for the hearers. Few things can enable a preacher/teacher do this better more than a proper visit to Israel.

Unique Features of this Tour

Our goal is to provide the most effective education possible from an Israel tour to strengthen preaching ministries and churches.

The tour members will be thoroughly prepared and educated before arriving in Israel--in history, archaeology, geography, and prophecy--so they can get the absolute most benefit from their visit. I get no money or personal benefit from these tours. I pay my own way. The only reason I lead them is to educate select preachers who will educate others. One pastor recently told me that he took a trip to Israel last year and he actually got a lot more from studying my book Jets in Fighter Jets: Israel Past, Present, and Future. He had the typical tourist tour. He was given almost no preparation, hardly knew where he was most of the time, and had a guide lacking in spiritual wisdom.

We are going to do our best to create in the tour members a hunger to continue to study Bible history, geography, archaeology, etc., diligently for the rest of his or her life, and point to resources that can be used toward that end.

The tour is scheduled at a good time of the year for weather, not too hot or cold, and it is just after the rainy season so everything is usually green and pretty and there is water in river beds that are often dry (such as the Kishon). (Budget tours are during the off season before the middle of February when it is cold and wet.)

We are seeing the Red Sea and spending time in the desert where Israel wandered, which are off the beaten path.

We are going to be able to float in the Dead Sea, not just see it from a distance.

We are visiting Jericho, which is also off the beaten path, and we are walking part way down to Jericho through the mountains from up near Jerusalem to get the feel for what that journey was like in Jesus’ day.

We are spending quality time along Israel’s beautiful Mediterranean coast.

We will visit Independence Hall to see the birthplace of the state of Israel, a major step toward the fulfillment of Bible prophecy.

We will see the preparations for the Third Temple, which is mentioned three times in Bible prophecy.

Some of other things we will see that are off the beaten path are Mt. Gerizim and Mt. Ebal (where the blessings and curses of the Mosaic law were pronounced), Shiloh (where the Tabernacle was located until Samuel’s time), Jezreel (Ahab’s summer palace, where Naboth was murdered and Jezebel was thrown out of the palace window and trodden under foot by Jehu’s horse), Harod Spring (where Gideon divided his men), Hazor (the head of the northern Canaanites in Joshua’s day), Mt. Arbel (breathtaking views of the Sea of Galilee), Nazareth Village (a living museum, excellent recreations of cultural things from Jesus’ day), and the Western Wall Tunnel.